Attention: we will be closed on October 5th. Check out our calendar here!

Renata studied in colleges of film and advertising, where she devoted herself to the study of photography. Started her career as a photojournalist. Worked for "O Globo" journal and for several magazines from the "Abril" and "Globo" editors. When she photographs weddings, she is always searching for emotion. She likes to tell stories through photography that are simple and usual, and that touch people. Her photos were awarded in several contests like PDN's Top Knots (4 times), Wedding Awards (2011, 2012 e 2013), WPPI, Fearless Photographers, PX3 Prix de La Photographie Paris, Inspiration Photographers. Named the photographer of the year in 2013 by "Noivas Rio de Janeiro" magazine. In 2014 she received the award for Brazil’s best wedding album by the grooms jury from Wedding Best of Fhox magazine, and was selected by the renowned Junebug Weddings to "the best of the best" list of the 50 best photographers of the world. Together with her partner and husband Leandro Lucas, they photographed several notable and famous weddings. She participated as a spokesperson in congresses "Fotografar" and "Wedding Brasil". She taught workshops and she is currently a spokesperson for Nikon in events like "Image Brasil" and "Feira Fotografar". She is available for jobs all around the world. She has photographed weddings in several Brazilian states, in London, Paris, Los Angeles and Cartagena (Colombia). "Today I realize my dream of telling stories by photographing other people's dreams. I love to shoot families being born and growing up. There is nothing better for the soul than to celebrate life and love". "The image of the exact moment is sublime, remains in our memory and is able to delight for generations". 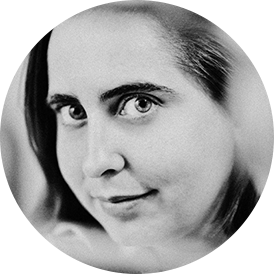 DreambooksPro is an international reference when it comes to binding. It's always searching for innovation and works in partnership with photographers in order to develop top products with durability, capable of lasting for generations.